Staff and students at Bournemouth & Poole College hosted an event to raise awareness of the annual engineering and motorsport challenge they participate in against other schools across the south.

Representatives from the Greenpower Education Trust, a registered charity, spoke to invited guests from local schools including The Bourne Academy and Bryanston School, employers and the College’s engineering staff. They talked about the charity’s ongoing commitment to inspiring young people to achieve a career in STEM.

The event featured a host of speakers, starting with Diane Grannell, Principal of the College, and included Wayne Weedon, Lecturer in Engineering and Advanced Engineering, who spoke about the College’s Greenpower team. Natasha Hockey, a member of the team, also gave a talk about the women in STEM (Science, Technology, Engineering and Maths) opportunities at the College.

Vaughan Curnow from the Greenpower Trust explained how the annual challenge gives young people the chance to design, build and race a single-seat electric car, which encourages students, from primary school through to university, to excel STEM subjects. A display of Greenpower cars were also on show for visitors to take a closer look at.

Wayne Weedon, Lecturer in Engineering and Advanced Engineering at Bournemouth & Poole College, said: “The College’s engineering department has successfully competed in the Greenpower event for the past two years with our entry maintaining a leading position as a Kit Car in the F24+ class (16-25 age group) over the 2017-18 seasons.  Our car, ‘Knife 'n' Fork It’, was even able to achieve a top 10 finish at Goodwood in 2018 where it finished eighth among 25 cars.”

Wayne went on to say that 2019 is a special year for Greenpower as the organisation celebrates its 20th anniversary. This year, Bournemouth & Poole College intends to work towards achieving ‘Greenpower Centre of Excellence’ status. The scheme is a prestigious badge where an organisation can be recognised for offering support to local school teams, both primary and secondary through sharing its expertise and facilities.

The College’s Greenpower team will be hosting an activity at the ‘Big Bang’ event taking place at The Tank Museum in Bovington on Wednesday 13th March. Schools from across Dorset will benefit from a host of STEM exhibitors with the opportunity to get involved in hands-on activities and interactive theatre shows, as well as showcasing their ‘Big Bang’ competition entries.

For more information about the Bournemouth & Poole College’s Greenpower team, go to thecollege.co.uk/greenpower or call 01202 205205. 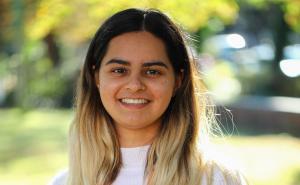 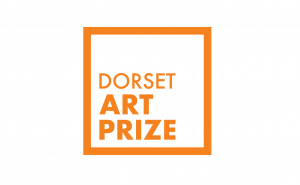