The annual regional SkillBuild contest, held this year at the Oxford and Cherwell College, produced six winners all from The Bournemouth & Poole College’s Construction department. 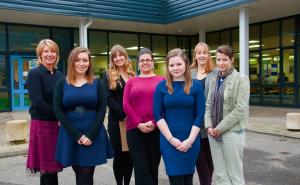 The Advice and Guidance team at The Bournemouth & Poole College is celebrating the award of a national Matrix Kitemark for quality service.

The award recognises the high standard of performance being delivered consistently by the entire team and its ability to guide and advise students and pupils on their career path options.

Read the full story >
Alicia brushes off the competition on road to Johnstone's Young Painter of the Year award
Wednesday, 04 June 2014 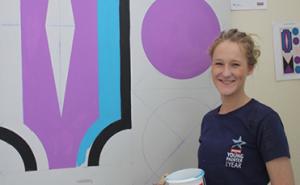 The regional final of the Johnstone’s Young Painter of the Year Award attracted a posse of trainee decorators determined to win this prestigious award. 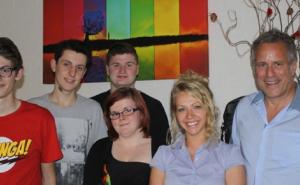 A recent Hospitality and Catering Industry Jobs Fair held at The Bournemouth & Poole College was a rather special occasion for Jodie Cooper.

For Jodie it meant a happy return to the place where she learned the essential skills on which she now relies in her key role as General Manager at Pebbles Beach – one of the South Coast’s most stunning restaurants.

Read the full story >
College band triumphs in one of the South’s top music talent hunting contests
Friday, 30 May 2014

College band 'Up In Smoke' will be hoping to bowl over a massive crowd when they go live at the Ageas Cricket Bowl, Southampton, after coming out tops at the annual Solent Sound Festival 2014.

The band, with its line-up of Auburn Lewis, Lennon Yates, Guy Keep, Nick Cowan and Jack Wellman, all second year Level 3 students at The Bournemouth & Poole College, saw off ten talented rivals groups from colleges from across the south to win the award.