Home > About Us
College Beauty Salon given £50,000 re-conditioning as Apprenticeship scheme is launched
Monday, 16 March 2015 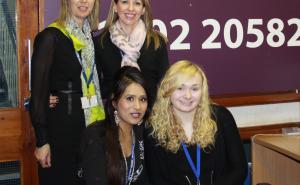 Hair and Beauty training at The Bournemouth & Poole College has been enhanced by the re-launch of its Apprenticeship programme and a £50,000 investment in the college’s “live salon” - Flaunt. 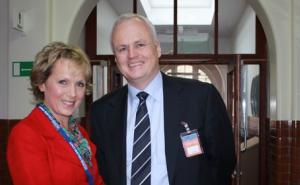 Andrew Swaffield has been praised in recent weeks by industry experts as he has piloted the company through turbulent times and helped to negotiate a £125m rescue package. 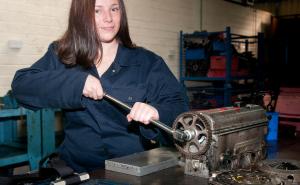 The Bournemouth & Poole College is celebrating the award of a grant of £8,000 to help fund a project to promote career equality and diversity among its students.

The grant is from the Equality and Diversity Good Practice Fund provided by the Government’s Skills Funding Agency and managed by the Equality Challenge Unit (ECU). 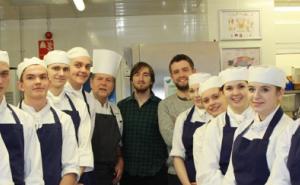 Specialised Chef graduate Sven-Hanson Britt returned to The Bournemouth & Poole College in triumph after his star-studded performance on BBC’s MasterChef: The Professionals series.

Sven was runner-up in the nationwide prime time TV contest which drew an estimated 1m viewers.

He returned this week for lunch in the Escoffier Restaurant, The College’s award winning training restaurant, and touched base with old pals and Lecturers like Senior Chef Lecturers, David Boland and Tony Groves who helped him take his first steps in the kitchen. 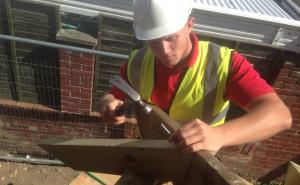 The future’s bright for one Bournemouth & Poole College carpentry apprentice.
James Ling, a level three apprentice in On-Site Carpentry, is reaping the benefits of working in th
Read the full story >