Main menu
Celebrations all round for the Specialised Chefs’ graduation

Earlier this month the five-star Berkeley Hotel in London was the venue for this year’s Royal Academy of Culinary Arts Specialised Chef’s graduation, and what an evening it was.

The Specialised Chefs’ Scholarship was first introduced in 1989. Since then there have been over 400 graduates, including Dan Docherty from BBC’s Britain’s Best Home Cook and a number who have also appeared on MasterChef the Professionals and the Great British Menu.

The Scholarship is open to young people across the UK and offers the opportunity for them to train in some of the top hotels and restaurants in the UK, often with Michelin Stars attached to them.

Speaking at the graduation Aimee O’Connell who completed her training at The Ritz Hotel in London said: “I moved from North Yorkshire to Bournemouth at the age of 16. Yes this was scary, but I stayed in homestay accommodation which was a home away from home.

I completed my placement at The Ritz Hotel in London and trained under John Williams. It has been the most amazing experience of my life. I have learnt so many great skills and so many classics that people don’t really do anymore.”

Also speaking on the night, Kieran Bradley who trained at The Goring in London said: “The whole experience has been fantastic. I have gone from not knowing how to cook pasta to training in a Michelin Star restaurant. I moved from Brighton at the age of 18. It was a big step leaving home, but it is a decision I have not regretted.

Since starting the course I have not only developed my cooking skills, I have also learnt how to be an adult; paying bills and living by myself. Working in a Michelin Star restaurant was tough, but also very rewarding. The best part of the course for me was being able to represent the College in such an amazing kitchen. I have taken everything I have learnt and have now secured a role at the two Michelin Star restaurant the Greenhouse in Mayfair.”

Tracy Butler, former Specialised Chef and now Learning Manager for Service Industries at the College said: “We have worked with the Royal Academy of Culinary Arts for a number years, training young professionals for a career in this industry. The talent of these young people never ceases to amaze us and we now find former Specialised Chefs value the training that they experienced on the course and are now training upcoming Specialised Chefs in their kitchens.”

This year’s list of graduates and their sponsors were: 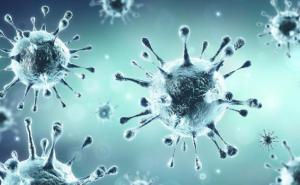