Bournemouth & Poole College is celebrating after being recognised in two national awards by the Association of Colleges (AoC).

The College, which has a strong focus on student support, met the AoC Beacon Award standard for ‘NOCN Award for Mental Health and Wellbeing’, and has been ‘commended’ in this category. Also announced was that one of its apprentices has been shortlisted as a finalist in the AoC Apprentice of the Year Awards.

The AoC Beacon Award entries were assessed against a wide framework, with colleges having to demonstrate a high level of innovation, impact and sustainability. Commended colleges will find out in November at the annual AoC conference in Birmingham if they have been selected to go through to the third and final round, with winners announced in February 2020.

Lloyd Perry, Head of Student Support at Bournemouth & Poole College said: “It is simply fantastic for the College to be recognised in this way. The hard work that is done to support staff and students with mental health and wellbeing has been a real priority for teams across the College. Creative and innovative projects such as the student led peer support group and the ‘my wellbeing’ strand of the ‘team bpc’ staff project have all contributed to us becoming an AoC Beacon standard college. We are really looking forward to submitting further details to the AoC as part of the next stage on this exciting journey!”

The College is also celebrating following the announcement that Luke Leech (22) a Childcare apprentice has been shortlisted as an ‘Apprentice of the Year’ finalist for his work with young children.

Luke started at the College on a Level 1 Health and Social Care course before moving onto a Level 2 Childcare Apprenticeship in September 2018. Of his award nomination, Luke said: “I can’t quite believe I have made the finals. It is a real honour. Working as an apprentice enables me to showcase that there is an opportunity for men to work in the industry. Not only that, I get to learn lots of new skills and put that learning into practice in the workplace.”

Diane Grannell, Principal and CEO of Bournemouth & Poole College said: “These AoC recognitions are a real testament to the dedication of our staff and students. Everyone at the College will be rooting for them during the next stages of the competitions.” 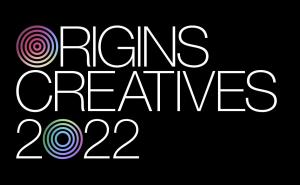 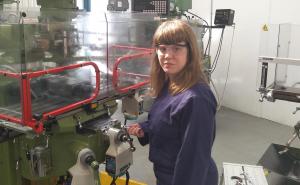 Engineering student celebrates the end of her dedicated studies