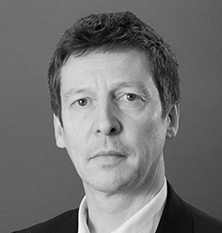 Muir was commissioned by BBC Radio 3 to write a play, A Perfect Non Starter, for the Verb. How Soon is Now, Muir’s first feature screenplay, is currently under option with INRed Films. He is writer in residence at the Bournemouth & Poole College, where he writes and directs new contemporary plays for second year degree students as well as teaching on the BA course. His latest piece for the college, Life & Death in an Ocean Full of Hope was presented at the Lighthouse, Poole and has been invited back to take part in the Paines Plough Roundabout Festival in Autumn 2018 as part of Arts By The Sea.

Muir has run writing workshops for companies including Soho Theatre, OId Vic New Voices, Deafinitely Theatre, Ransom Productions in Belfast, TRON Theatre, Glasgow and is currently in his second term as lead practitioner on a ten-week writing course, Playwriting for Beginners at the National Theatre. Muir’s directing credits include Two (Southwark Playhouse). Currently under commission with the National Theatre to write a NATIONAL CONNECTIONS play for 2020 season.

Recently Andrew set up Ardent Theatre Company and has since received funding to support eight ex-graduates from the Performing Arts degree programmes at Bournemouth & Poole College to fund a series of industry led workshops in London as well as a fully funded one week residency at the Soho Theatre in Summer, 2018.

We are home to around 11,000+ students from across the region, the UK and the world

On average over 600 students (50:50 full time and part time) study degree level courses at The College