Bournemouth & Poole College are proud to share that six of their apprentices were finalists for Dorset Apprenticeship Awards, and one, Cameron Hearn, was named Advanced Apprentice of the Year!

At a celebratory awards lunch, awards were presented by Her Majesty’s Lord-Lieutenant of Dorset on behalf of Her Majesty at Superior Seals Training Academy in Ferndown.

The awards, delivered by Dorset Chamber in association with the Dorset and Somerset Training Provider Network and sponsored by Superior Seals, were created to celebrate the important contribution that apprentices make to businesses in the local area, along with celebrating apprentices’ personal achievements and the impact of apprenticeship schemes.

Advanced Apprentice of the year winner Cameron Hearn, completing an apprenticeship at Frettens Solicitors, is among six of Bournemouth & Poole College’s apprentices who were nominated for awards. He said, “I’m very pleased, it means a lot to me and I was quite surprised to have won. It’s been a great event and a great opportunity to meet the other finalists from their various different industries.”

On being nominated for Advanced Apprentice of the Year, Rimshah Khan said, “It feels gratifying to be recognised as a finalist. The Awards are a good chance to meet other apprentices outside my course. This has been a nice event to network and meet new people. It’s lovely that my family and friends were invited to the event, which has been really enjoyable.”

Lloyd Bleese, completing an apprenticeship at Dorset Police, was a finalist for Higher and Degree Apprentice of the Year. He said, “I feel really grateful to be part of the apprenticeship programme. Work has been really supportive. I started it at 25, and not being formally qualified in my field, it was really good to have the opportunity to learn more about HR in general. It was great to get this formal qualification which has inspired me to go further in my career. I act as a supervisor for my team, it’s really shown if I put my mind to something, it can achieve a good result.”

Abigail Squibb was a finalist for the same award. She said, “It was a really good experience to come to today, I was very happy to be a finalist. I really enjoyed it, the College have been really great throughout my apprenticeships.”

The College would like to congratulate all six of their apprentices who were nominated for awards and in particular Cameron who won his award. 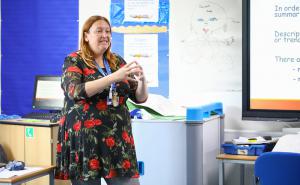 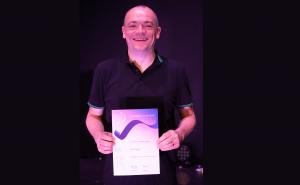 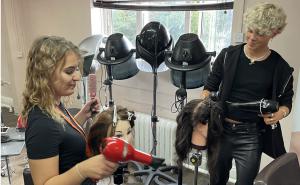