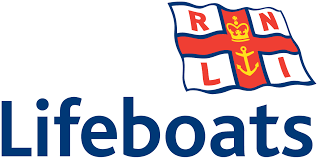 I’ve worked at the RNLI for 3 years now as part of a four year apprenticeship.  Before this, I did my first year of A Levels and wasn’t enjoying it. It was mentioned by one of my teachers about Apprenticeships and I liked the idea of work based learning. I looked into Apprenticeships and found one being offered by the RNLI for an electrical position, which is what I wanted to go into. I applied and was lucky enough to get through the selection process. Here I am now in my third year!

The online selection process involved submitting your CV and filling in a job application. After you have been selected and pass that level, you are sent into college to do some basic tests and to make sure you got the grades. There’s a small interview and if you are successful at that stage you get sent to a formal interview at the RNLI with the managers. I was happy to found out soon after that I was successful in my application and got offered the Apprenticeship.

On a day to day basis, I muck into everything. From terminating and connecting up the systems to running in cables. The technicians at the RNLI mentor me and show me what needs to be done as well as helping to build my skills. Coming to college is good as we get to learn the theory side of things and do some different stuff.

To be a good apprentice, you have to be keen for the apprenticeship and committed. You’ve also got to put a lot of effort into it because you only get out as much as you put in. My advice would definitely be to make sure you keep on top of your college work too!

My Apprenticeship is helping me because it’s going to eventually get me a qualification which I can then use to become a full technician at work.

In the future, I would have completed my practical assessment at college that I must plan and carry out and a small test at the end of the year. After this, I will be qualified. I have to do a consolidation year at the RNLI where I don’t come into college and just put my skills into practice at work. I will receive full mentoring to make sure I’m fully prepared to take on any tasks in my job at work. At the end of this, I’m hoping to get a permanent position at the RNLI.

To others thinking about an Apprenticeship, I would recommend work experience or making sure you’ve definitely had some experience in the field of work you’re looking to go into. It’s harder if you don’t know the basics and it’s a steep curve of learning. Some previous experience in a similar job role really helps. 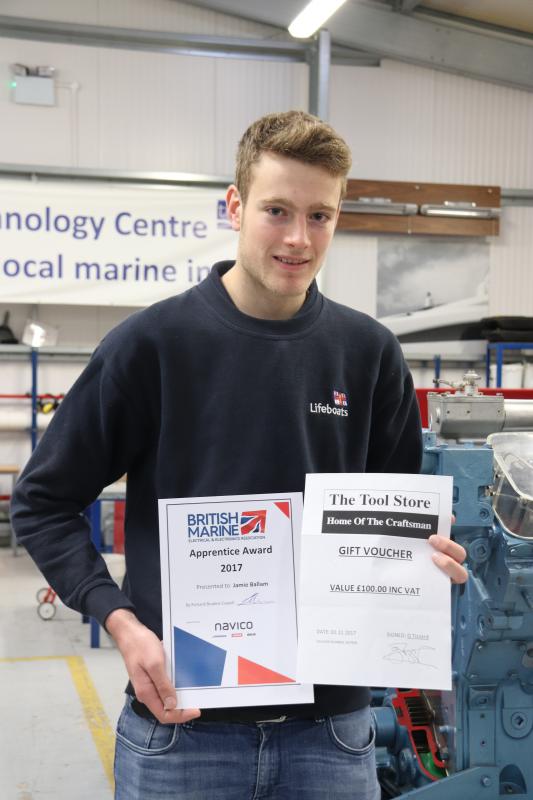 I’ve had lots of opportunities from my Apprenticeship, one of those being winning an award at the Southampton BMEEA conference. Guest speakers and lecturers taught us about different electrical systems we use in the marine industry. In one of the lectures there was a small competition for apprentices from local businesses. We had to build and design a circuit and control system to raise and lower a swim platform for a sun seeker. We was given an hour and a half to carry out the task and produce a small write up on how we did it and draw circuit diagrams.

It was a tough challenge and a lot of competitors struggled including my team, but eventually we managed to figure out what to do and got the circuit to light up. We tweaked a few settings to get it to work properly and ended up winning the competition. We had 4 RNLI apprentices in the team and it was me and my colleague Harry who went on to win the competition. For winning we were given £100 worth of tool vouchers and a trophy and certificate. I used the vouchers to buy electrical tools to add to my kit which is really going to help me in the future.

This project is part-financed by the European Union.